Early Symptoms of Ischemic Cardiomyopathy/Ischemic Cardiomyopathy (ICM) is a term that refers to the heart’s decreased ability to pump blood properly, due to myocardial damage brought upon by ischemia. When discussing the term ICM, coronary artery disease (CAD) has to be addressed. CAD is a condition characterized by the formation of plaques in the coronary blood vessels, decreasing their capacity to supply nutrients and oxygen to the contractile heart muscle. ICM has a spectrum of clinical changes which eventually leads to congestive heart failure (CHF). Initially, there is a reversible loss of cardiac contractile function because of decreased oxygen supply to the heart muscle; however, when there is ischemia for a prolonged period, there is irreversible cardiac muscle damage resulting in cardiac remodeling. 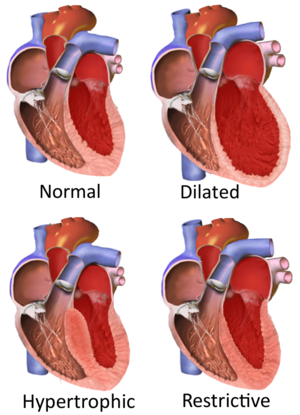 After getting a detailed history and physical examination, there are several diagnostic modalities which can help with the diagnosis of ischemic cardiomyopathy.

Ischemic cardiomyopathy is managed primarily with an optimal goal-directed medical therapy (GDMA). However, for appropriate patient population cardiac intervention for revascularization is a common treatment option. Foremost, the patient will benefit from lifestyle modification which includes smoking cessation, exercise, and diet changes. Below are the medical interventions that can be done to optimize patients with ICM.

Ultimately, a heart transplant is the only option when the disease progresses, and no alleviation is achieved with the intervention mentioned above.