Chronic Kidney Disease (CKD)/Chronic kidney disease (CKD) is defined as the presence of kidney damage or an estimated glomerular filtration rate (eGFR) less than 60 ml/min/1.73 mt2, persisting for 3 months or more, irrespective of the cause.[rx] It is a state of progressive loss of kidney function ultimately resulting in the need for renal replacement therapy (dialysis or transplantation). Kidney damage refers to pathologic abnormalities either suggested by imaging studies or renal biopsy, abnormalities in urinary sediment, or increased urinary albumin excretion rates. The 2012 KDIGO CKD classification recommends details about the cause of the CKD and classifies into 6 categories based on glomerular filtration rate (G1 to G5 with G3 split into 3a and 3b). It also includes the staging based on three levels of albuminuria (A1, A2, and A3), with each stage of CKD being sub-categorized according to the urinary albumin-creatinine ratio in (mg/gm) or (mg/mmol) in an early morning “spot” urine sample.[rx] 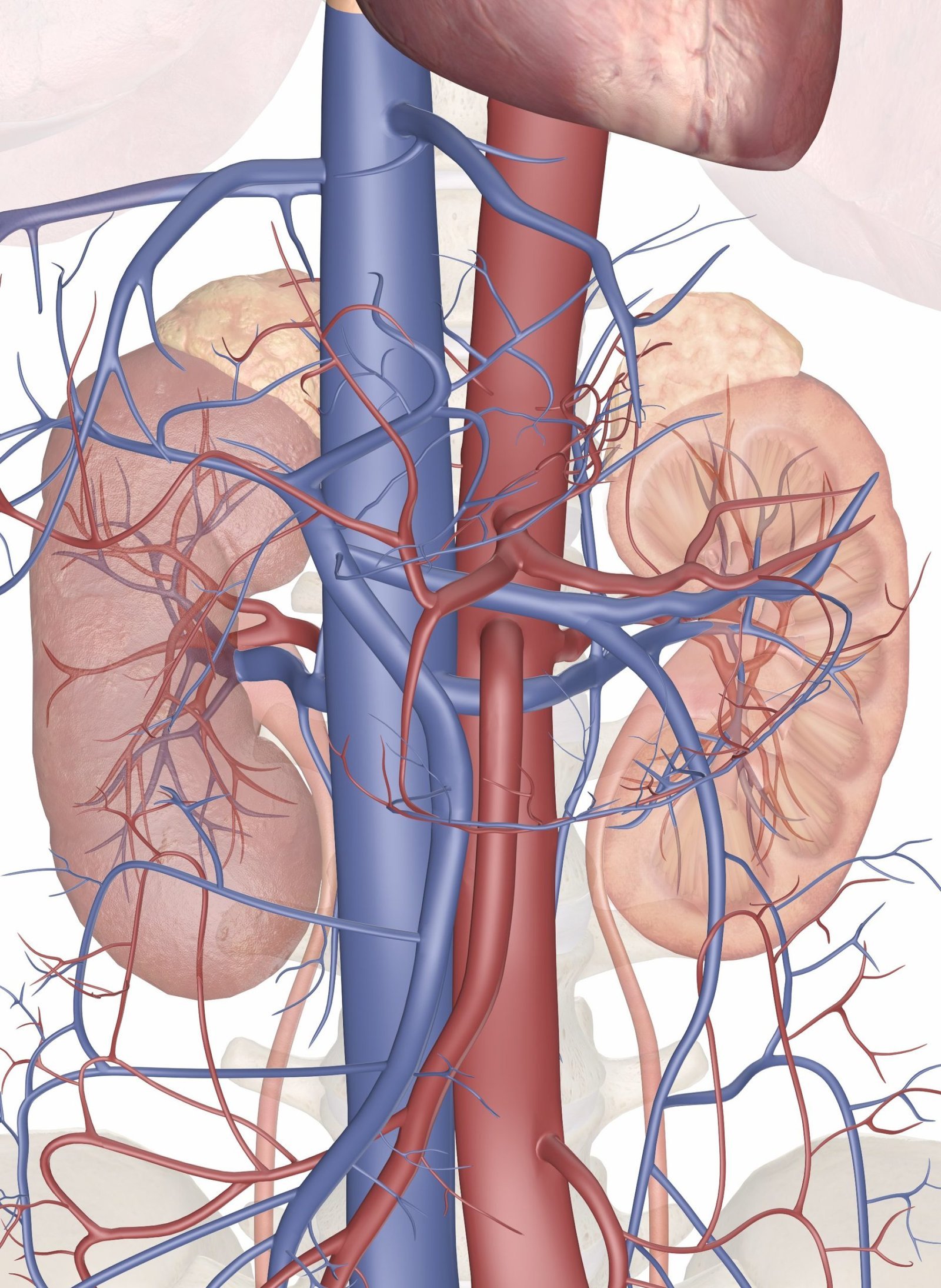 The three levels of albuminuria include an albumin-creatinine ratio (ACR)

The improved classification of CKD has been beneficial in identifying prognostic indications related to decreased kidney function and increased albuminuria. However, a downside of the use of classification systems is the possible overdiagnosis of CKD, especially in the elderly.

The causes of CKD vary globally, and the most common primary diseases causing CKD and ultimately end-stage renal disease (ESRD) are as follows[rx]:

CKD may result from disease processes in any of the three categories: prerenal (decreased renal perfusion pressure), intrinsic renal (pathology of the vessels, glomeruli, or tubules-interstitium), or postrenal (obstructive).

Some patients may be assigned to one of these two categories.

The true incidence and prevalence of CKD are difficult to determine because of the asymptomatic nature of early to moderate CKD. The prevalence of CKD is around 10% to 14% in the general population. Similarly, albuminuria (microalbuminuria or A2) and GFR less than 60 ml/min/1.73 mt2 have a prevalence of 7% and 3% to 5%, respectively.[rx]

Kidney Disease Outcomes Quality Initiative (KDOQI) mandates that for labeling of chronicity and CKD, patients should be tested on three occasions over a 3-month period with 2 of the 3 results being consistently positive.[rx]

Natural History and Progression of CKD

CKD diagnosed in the general population (community CKD) has a significantly different natural history and the course of progression compared to the CKD in patients referred to the nephrology practices (referred CKD).

Community CKD is seen mainly in the older population. These individuals have had a lifelong exposure to cardiovascular risk factors, hypertension, and diabetes which can also affect the kidneys. The average rate of decline in GFR in this population is around 0.75 to 1 ml/min/year after the age of 40 to 50 years. [rx] In a large study of community based CKD by Kshirsagar et al., only 1% and 20% of patients with CKD stages G3 and G4 required renal replacement therapy (RRT), however, 24% and 45% respectively died predominantly from cardiovascular disease (CVD), suggesting that cardiac events rather than progressing to ESRD is the predominant outcome in community-based CKD.[rx]

Risk Factors for Progression of CKD

Screening, mostly targeting high-risk individuals is being implemented worldwide. The KDOQI guidelines recommend screening high-risk populations which include individuals with Hypertension, Diabetes mellitus, and those older than 65 years. This should include urinalysis, a urine albumin-creatinine ratio (ACR), measurement of serum creatinine and estimation of GFR preferably by chronic kidney disease epidemiology collaboration (CKD-EPI) equation. It is the most cost-effective approach, and there is no evidence to justify screening asymptomatic individuals in the general population for CKD.

Unlike acute kidney injury (AKI), where the healing process is complete with complete functional kidney recovery, chronic and sustained insults from chronic and progressive nephropathies evolve to progressive kidney fibrosis and destruction of the normal architecture of the kidney. This affects all the 3 compartments of the kidney, namely glomeruli, the tubules, the interstitium, and the vessels. It manifests histologically as glomerulosclerosis, tubulointerstitial fibrosis, and vascular sclerosis.

The sequence of events which lead to scarring and fibrosis are complex, overlapping, and are multistage phenomena.

Mechanisms of Accelerated Progression of CKD

All these mechanisms lead to a histological entity called focal segmental glomerulosclerosis.[rx]

Early CKD stages are asymptomatic, and symptoms manifest in stages 4 or 5. It is commonly detected by routine blood or urine testing. Some common symptoms and signs at these stages of CKD are:

When an eGFR of less than 60 ml/min/1.73m is detected in a patient, attention needs to be paid to the previous blood and urine test results and clinical history to determine whether this is a result of AKI or CKD that has been present but asymptomatic. The following factors would be helpful.

Retarding the Progression of CKD

Once the CKD progression is noted, the patient should be offered various options for renal replacement therapy.

Renal transplantation is the best treatment option of ESRD due to its survival benefit compared to long-term dialysis therapy. The patients with CKD become eligible to be listed for Deceased donor renal transplant program when the eGFR is less than 20 ml/min/1.73m2

Conservative management of ESRD is also an option for all patients who decide not to pursue renal replacement therapy. Conservative care includes the management of symptoms, advance-care planning, and provision of appropriate palliative care. This strategy is often underutilized and needs to be considered for very frail patients with poor functional status with numerous comorbidities. For facilitating this discussion a 6-month mortality score calculator is being used which includes variables such as age, serum albumin, the presence of dementia, peripheral vascular disease, and (yes/no) answer to a question by a treating nephrologist “would I be surprised if this patient died in the next year?”

When to Refer to a Nephrologist

Patients with CKD should be referred to a nephrologist when the estimated GFR is less than 30 ml/min/1.73 mt2. This is the time to discuss the options of renal replacement therapy.

The 3 levels of albuminuria include albumin-creatinine ratio (ACR):

Patients with CKD and particularly end-stage renal disease (ESRD) are at increased risk of mortality, particularly from cardiovascular disease. Review of USRDS 2009 data suggests that 5-year survival probability in a patient on dialysis is only around 34%.

Treatment of Complications of ESRD