Pyramidalis Muscle is a small triangular muscle, anterior to the rectus abdominis muscle, and contained in the rectus sheath. Pyramidalis muscles are small triangular-shaped muscles that lie between the anterior surface of the rectus abdominus and the posterior surface of the rectus sheath. The precise function of pyramidal muscles is unclear, but together the muscles are thought to tense the linea alba. The muscles are not always present, or are often unilateral, and vary greatly in size. Their wider inferior margins attach to the pubic symphyses and pubic crests, whereas their narrow superior margins attach to the linea alba. 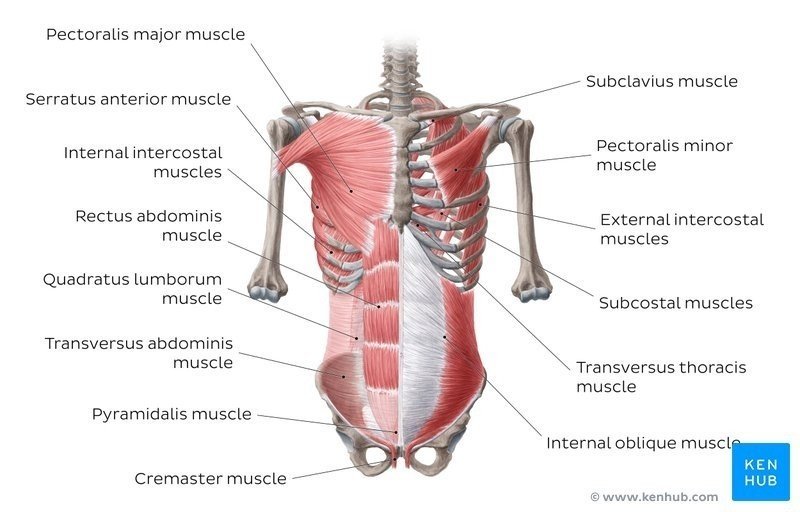