Vitamin D is a group of fat-soluble secosteroids responsible for increasing intestinal absorption of calcium, magnesium, and phosphate, and multiple other biological effects. In humans, the most important compounds in this group are vitamin D3 (also known as cholecalciferol) and vitamin D2 (ergocalciferol). Cholecalciferol and ergocalciferol can be ingested from the diet and from supplements. Only a few foods contain vitamin D. The major natural source of the vitamin is a synthesis of cholecalciferol in the skin from cholesterol through a chemical reaction that is dependent on sun exposure (specifically UVB radiation).

Vitamin D promotes calcium absorption in the gut and maintains adequate serum calcium and phosphate concentrations to enable normal mineralization of bone and to prevent hypocalcemic tetany. It is also needed for bone growth and bone remodeling by osteoblasts and osteoclasts. Without sufficient vitamin D, bones can become thin, brittle, or misshapen. Vitamin D sufficiency prevents rickets in children and osteomalacia in adults. Together with calcium, vitamin D also helps protect older adults from osteoporosis. 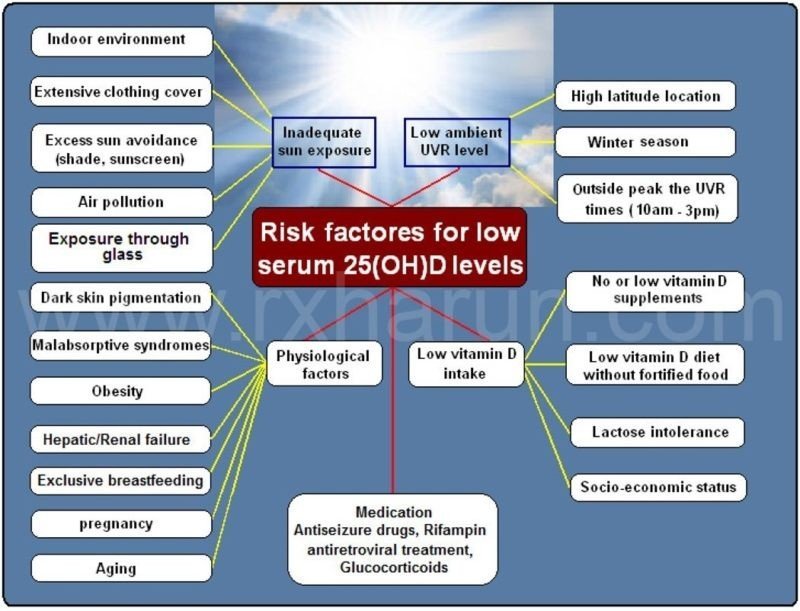 ESCP recommends prescribing vitamin D supplementation for fall prevention and do not recommend supplementation beyond recommended daily needs for the purpose of preventing cardiovascular disease or death or improving quality of life.[rx]

Vitamin D has five natural analogs, called vitamers, and four synthetic analogs which are made synthetically. Vitamin D analogs are chemically classified as secosteroids, which are steroids with one broken bond.

Vitamin D levels falling within this normal range prevent clinical manifestations of vitamin D insufficiency as well as vitamin D toxicity from taking in too much vitamin D. Several forms (vitamers) of vitamin D exist. The two major forms are vitamin D2 or ergocalciferol, and vitamin D3 or cholecalciferol; vitamin D without a subscript refers to either D2 or D3 or both. These are known collectively as calciferol. Vitamin D2 was chemically characterized in 1931. In 1935, the chemical structure of vitamin D3 was established and proven to result from the ultraviolet irradiation of 7-dehydrocholesterol.

Chemically, the various forms of vitamin D are secosteroids, i.e., steroids in which one of the bonds in the steroid rings is broken. The structural difference between vitamin D2 and vitamin D3 is the side chain of D2 contains a double bond between carbons 22 and 23, and a methyl group on carbon 24.

Biology of the Sunshine Vitamin

Vitamin D is unique because it can be made in the skin from exposure to sunlight.[rx,rx–rx] Vitamin D exists in two forms. Vitamin D2 is obtained from the UV irradiation of the yeast sterol ergosterol and is found naturally in sun-exposed mushrooms. UVB light from the sun strikes the skin, and humans synthesize vitamin D3, so it is the most “natural” form. Human beings do not make vitamin D2, and most oil-rich fish such as salmon, mackerel, and herring contain vitamin D3. Vitamin D (D represents D2, or D3, or both) that is ingested is incorporated into chylomicrons, which are absorbed into the lymphatic system and enter the venous blood. Vitamin D that comes from the skin or diet is biologically inert and requires its first hydroxylation in the liver by the vitamin D-25-hydroxylase (25-OHase) to 25(OH)D.[rx,rx] However, 25(OH)D requires a further hydroxylation in the kidneys by the 25(OH)D-1-OHase (CYP27B1) to form the biologically active form of vitamin D 1,25(OH)2D.[rx,rx] 1,25(OH)2D stimulates intestinal calcium absorption.[rx] Without vitamin D, only 10–15% of dietary calcium and about 60% of phosphorus are absorbed. Vitamin D sufficiency enhances calcium and phosphorus absorption by 30–40% and 80%, respectively.[rx,rx]

Vitamin D receptor (VDR) is present in most tissues and cells in the body.[rx,rx] 1,25(OH)2D has a wide range of biological actions, such as inhibition of cellular proliferation and inducing terminal differentiation, inhibiting angiogenesis, stimulating insulin production, inhibiting renin production, and stimulating macrophage cathelicidin production.[rx,rx–rx] The local production of 1,25(OH)2D may be responsible for regulating up to 200 genes[rx] that may facilitate many of the pleiotropic health benefits that have been reported for vitamin D.[rx,rx,rx,rx]

Vitamin D deficiency can be asymptomatic, but may also cause several problems including:

Symptoms of vitamin D deficiency may include

Intake reference values for vitamin D and other nutrients are provided in the Dietary Reference Intakes (DRIs) developed by the Food and Nutrition Board (FNB) at the Institute of Medicine of The National Academies (formerly National Academy of Sciences). DRI is the general term for a set of reference values used to plan and assess the nutrient intakes of healthy people. These values, which vary by age and gender, include:

The FNB established an RDA for vitamin D representing a daily intake that is sufficient to maintain bone health and normal calcium metabolism in healthy people. RDAs for vitamin D are listed in both International Units (IUs) and micrograms (mcg); the biological activity of 40 IU is equal to 1 mcg. Even though sunlight may be a major source of vitamin D for some, the vitamin D RDAs are set on the basis of minimal sun exposure.

Several food sources of vitamin D are listed in Table 3.

* IUs = International Units.
** DV = Daily Value. DVs were developed by the U.S. Food and Drug Administration to help consumers compare the nutrient contents among products within the context of a total daily diet. The DV for vitamin D is currently set at 400 IU for adults and children age 4 and older. Food labels, however, are not required to list vitamin D content unless a food has been fortified with this nutrient. Foods providing 20% or more of the DV are considered to be high sources of a nutrient, but foods providing lower percentages of the DV also contribute to a healthful diet.

A major source of vitamin D for most humans is synthesized from the exposure of the skin to sunlight typically between 1000 h and 1500 h in the spring, summer, and fall.[rx,rx,rx,rx] Vitamin D produced in the skin may last at least twice as long in the blood compared with ingested vitamin D.[rx] When an adult wearing a bathing suit is exposed to one minimal erythemal dose of UV radiation (a slight pinkness to the skin 24 h after exposure), the amount of vitamin D produced is equivalent to ingesting between 10,000 and 25,000 IU.[rx] A variety of factors reduce the skin’s production of vitamin D3, including increased skin pigmentation, aging, and the topical application of sunscreen.[rx,rx,rx] An alteration in the zenith angle of the sun caused by a change in latitude, the season of the year, or time of day dramatically influences the skin’s production of vitamin D3.[rx,rx]

Vitamin D is a fat-soluble vitamin that acts as a steroid hormone. In humans, the primary source of vitamin D is UVB-induced conversion of 7-dehydrocholesterol to vitamin D in the skin [.[rx,rx] Vitamin D influences the bones, intestines, immune and cardiovascular systems, pancreas, muscles, brain, and the control of cell cycles.[rx]

Fatty fish species, such as

Interactions with Medications of Vitamin D

Vitamin D supplements have the potential to interact with several types of medications. A few examples are provided below. Individuals taking these medications on a regular basis should discuss vitamin D intakes with their healthcare providers.

Corticosteroid medications such as prednisone, often prescribed to reduce inflammation, can reduce calcium absorption and impair vitamin D metabolism. These effects can further contribute to the loss of bone and the development of osteoporosis associated with their long-term use.

Both the weight-loss drug orlistat and the cholesterol-lowering drug cholestyramine can reduce the absorption of vitamin D and other fat-soluble vitamins. Both phenobarbital and phenytoin used to prevent and control epileptic seizures, increase the hepatic metabolism of vitamin D to inactive compounds and reduce calcium absorption.

The federal government’s 2015-2020 Dietary Guidelines for Americans notes that “Nutritional needs should be met primarily from foods. … Foods in nutrient-dense forms contain essential vitamins and minerals and also dietary fiber and other naturally occurring substances that may have positive health effects. In some cases, fortified foods and dietary supplements may be useful in providing one or more nutrients that otherwise may be consumed in less-than-recommended amounts.”

For more information about building a healthy diet, refer to the Dietary Guidelines for Americans and the U.S. Department of Agriculture’s MyPlate.

Side Effects of Taking Vitamin D 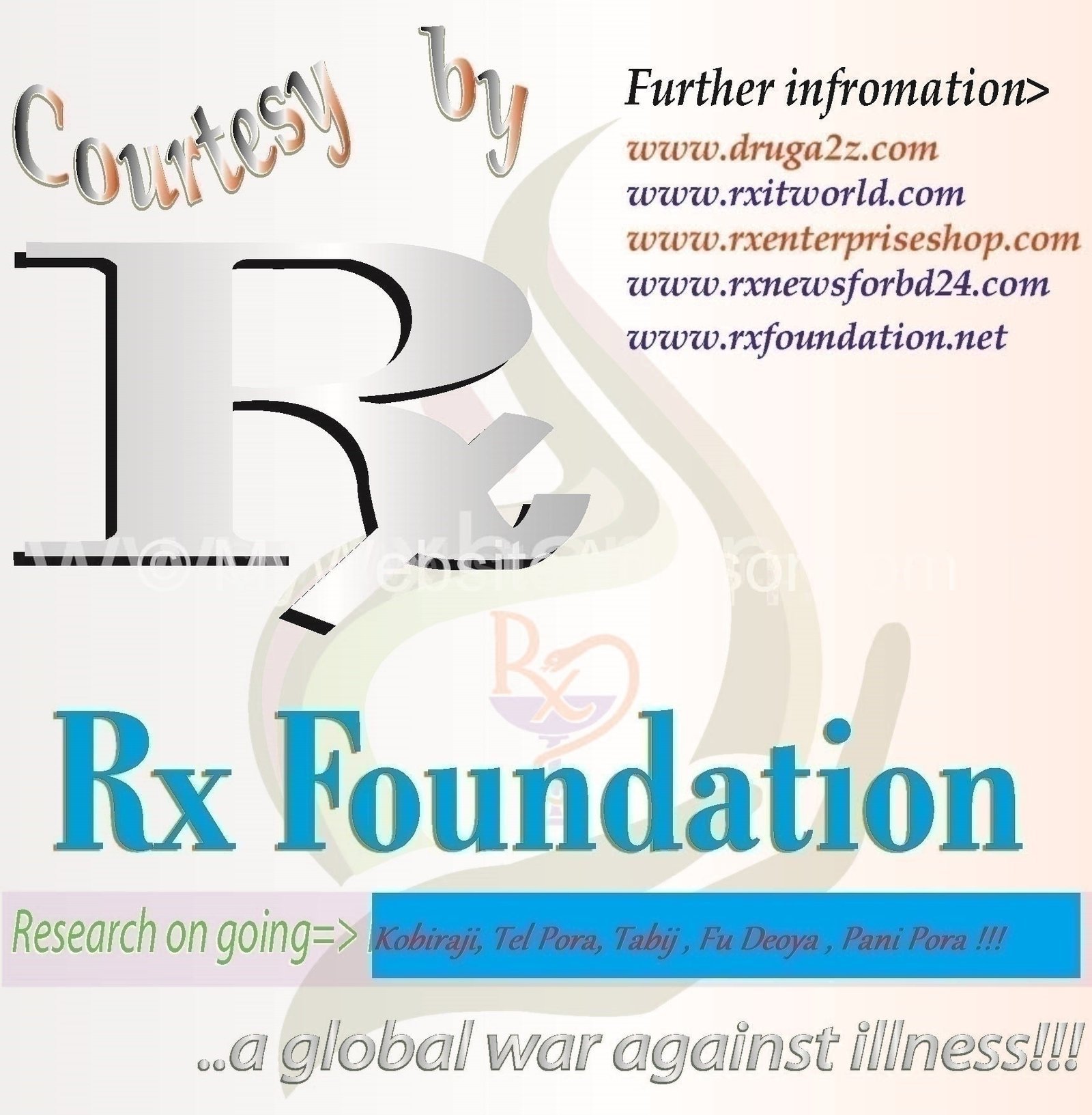